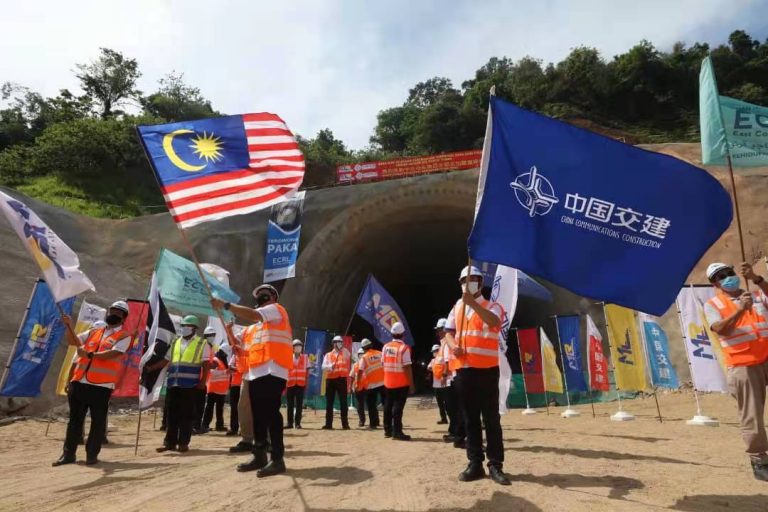 On 9th April, The East Coast Rail Link (ECRL) project has marked another major milestone with the first tunnel breakthrough at the 1.1km long single-bore Terowong Paka in Terengganu.

Despite major challenges faced during the construction period which included works suspension for 9 months and strict SOP for Covid-19 pandemic that reduced the working strength and period, the site team at Terowong Paka managed to achieve the breakthrough 6 months ahead of schedule.

Expressing his appreciation on the excellent work progress at Terowong Paka, Tan Sri Mohd Zuki said the hard work and commitment of about 100 ECRL personnel at all levels in carrying out the tunnelling works have contributed to the breakthrough. All other related tunnel civil works are expected to be fully completed by the first quarter of 2022.

Meanwhile, CCC-ECRL’s Managing Director Bai Yinzhan thanked the ECRL project team from both sides for putting in commending efforts in accomplishing the first tunnel breakthrough and other project milestones. He also credited the achievements to the hard work of workers and local contractors.