After Setiu and Besut in February, the programme was held in Marang on March 9, and recently at Dungun, Kemasik and Chukai from 22nd to the 24th of March 2022.

MESRA ECRL aims to reach out to the local community along the East Coast Rail Link (ECRL) Project alignment especially those located within 5-kilometer radius from the ECRL stations and increase their awareness towards the economic spill-over effects from the construction of the modern and efficient national mega infrastructure.

Chief Executive Officer of MRL Dato’ Sri Darwis Abdul Razak said, the programme is being carried out at the right time as more construction sites will be opened for operation this year.

“MESRA ECRL Programme provides clear views on the project to the villagers involved in the land acquisition process. It also gives a clear picture to the people about the progress of the project,” he said.

One of the activities held during the programme was “Kenali ECRL” in which explained about the background of the project and how it will boost the livelihoods of the local community and at the same time preserve the environment.

Corporate Director of CCC-ECRL, Grace Cheng in her speech said that the company is committed in providing more job and business opportunities to the locals as the project is progressing from time to time.

“CCC-ECRL will continue to create employment opportunities for locals and awarding more contracts to local contractors and suppliers especially from the East Coast moving forward as the project gets busier and progresses rapidly towards the completion target by end of 2026,” said Cheng.

During the event, some schooling kit, COVID-19 self-test kit and hand sanitizer were also distributed to students from the underprivileged families.

To date, there are a total 1,676 workforce for the ECRL Project in Terengganu with 65% of them are locals. For infrastructure construction, the works in Terengganu recorded 26.5% completion as of February this year. Meanwhile the overall progress of the construction of the project has achieved 27.82% completion for the same period. 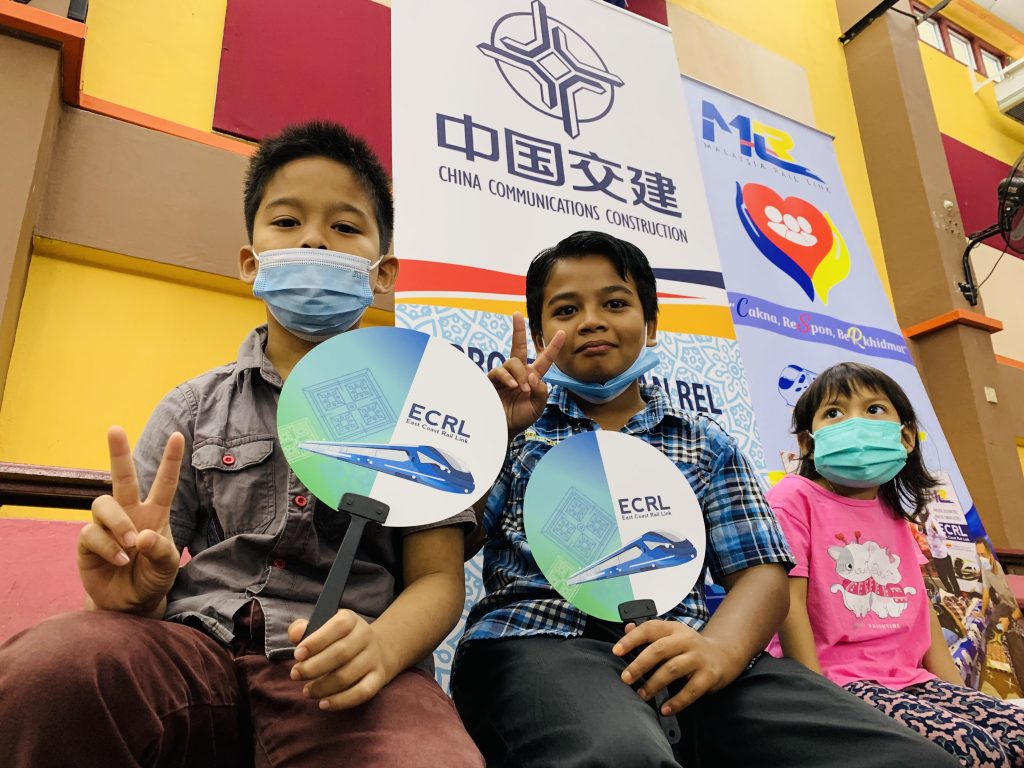