Pasir Puteh, 27 DEC – Deputy Minister of Finance, Datuk Seri Ahmad Maslan made an official visit to ECRL Tunjong, in conjunction for a Flood Aid Distribution Program with representatives of CCC-ECRL and Malaysia Rail Link (MRL) in the form of basic necessities to help assist flood victims in both Kelantan and Terengganu.

In Kelantan, about 70 per cent of the construction work in Sections 1 and 2 of the East Coast Rail Line (ECRL), covering 82km from Tunjong here to Setiu in Terengganu, was affected by floods last week. CCC-ECRL and MRL hope that the donations would help ease the situation suffered by the flood victims. 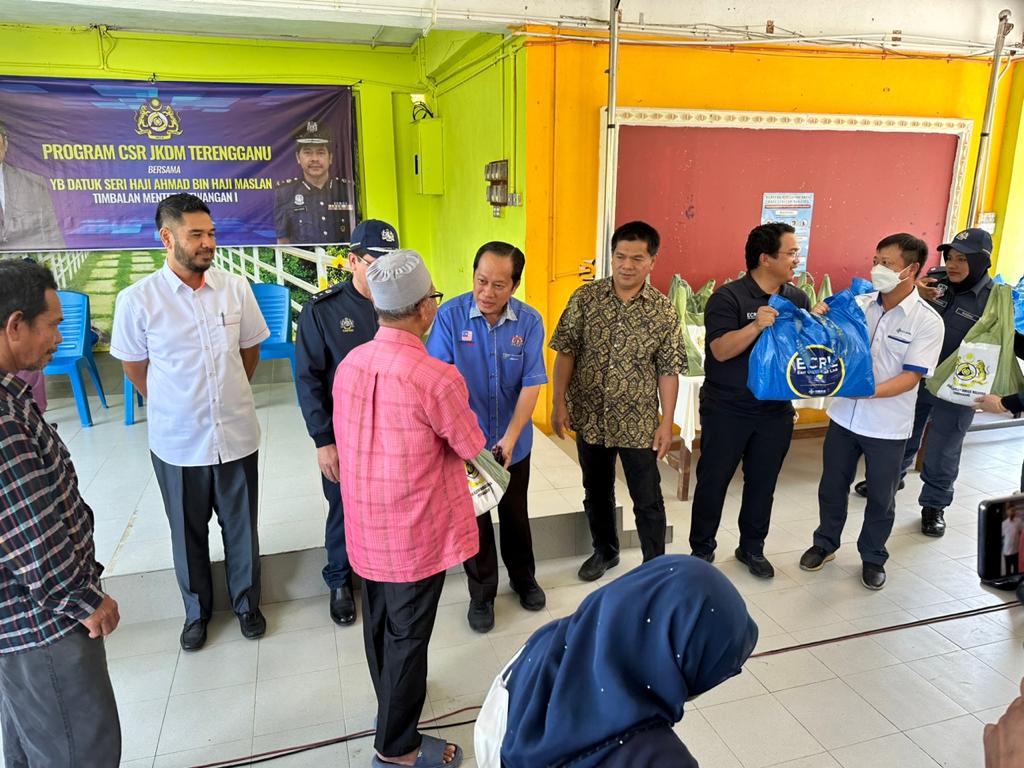 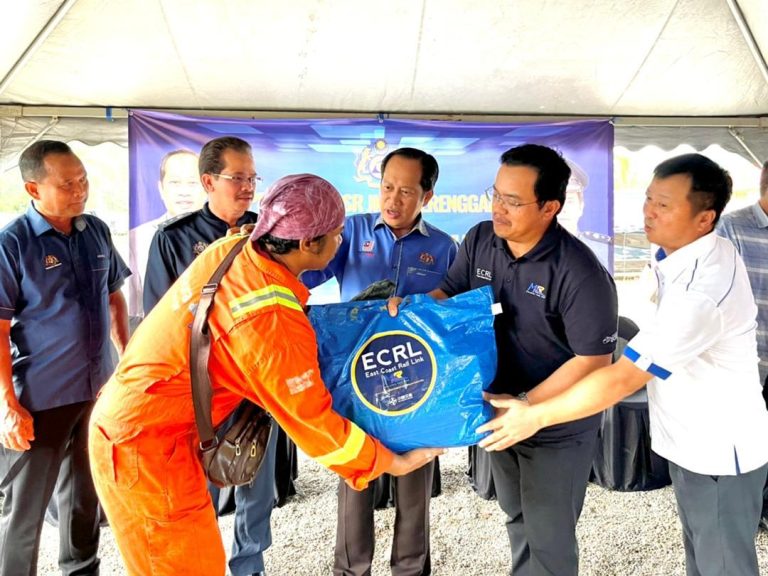